Next in the Tyre Levers 2015 challenge is a set by Decathlon and their own brand B'TWIN,  http://www.decathlon.co.uk/Buy/Tyre+levers
Priced at £0.79 a lever or a set of 3 for £2.29
Five colours to chose from Black, Yellow, Purple, Blue, or Red. 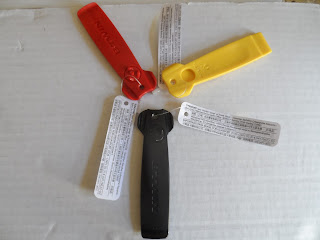 Small and light.
5 colours so you won't lose them in the dark. 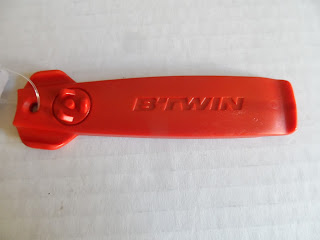 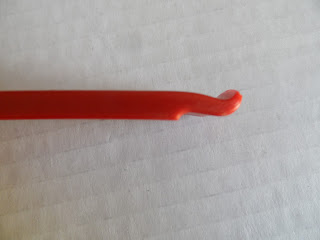 Twin side profile to help stay on the rim. 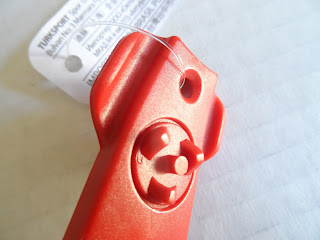 These B'Twin levers are made out of PA66 polyamide material avoids breakage when bent.
Comes with a 2 year guarantee! 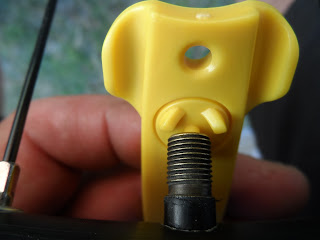 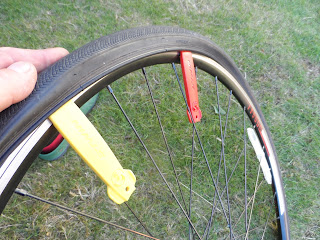 MTB tyres were no problem for the B'Twin levers, on the road tyres they were surprisingly good. 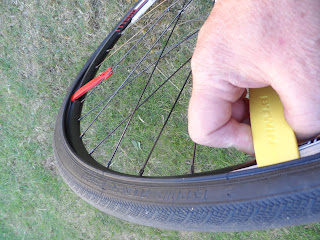 Was very surprised on theses levers, they could have done with being just a bit larger for a better  grip when  running them around the rim. 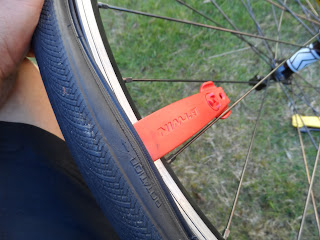 Great spoke hook that stays put and does not fly off if placed on the spokes correctly.
Road tyres no problem for the B'Twin levers. 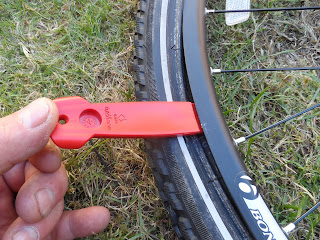 When using on the tough 700x40cc tyres it was a bit of a problem getting into the bead of the tyre due to the wide tip. 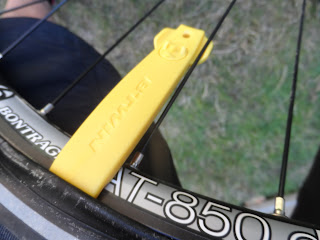 Once the B'Twin levers were in the bead, it was a case of taking smaller gaps to get the tyre to pop, the spoke hooks held well and did not dislodge at any time. 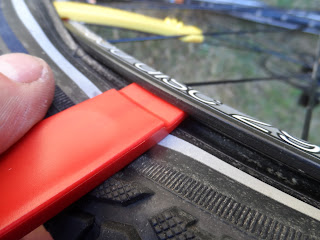 Gentle on the rims, would probably be good enough to use on Carbon wheel sets. 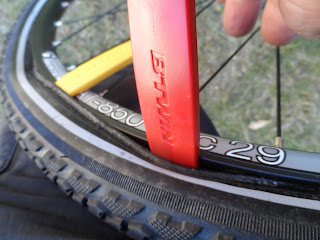 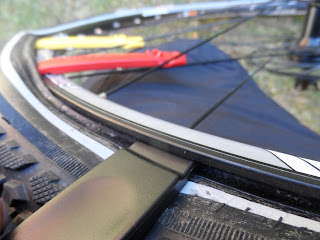 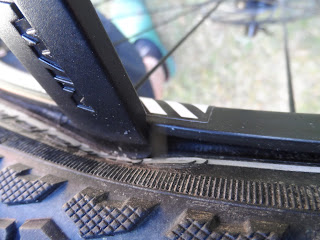 with the third lever going in, you should now be able to run your tyre lever around the rim to remove the tyre, job done! 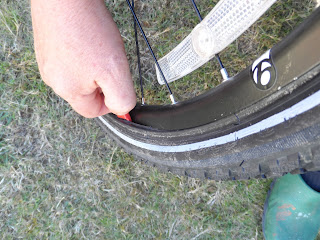 I managed to get the 700x40cc tyre removed with no real problems and the tip of the B'Twin's did not nick or pinch the inner tube. 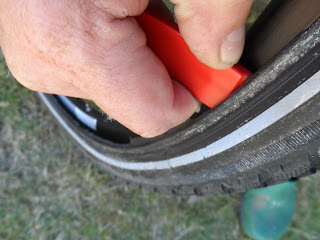 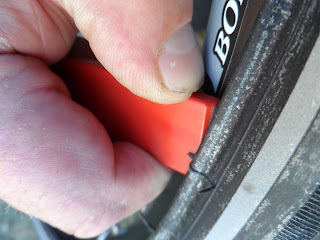 Can handle the harder tyre with ease. 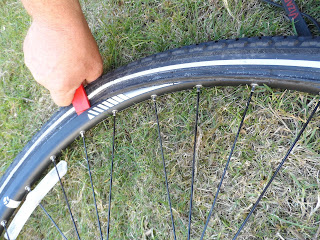 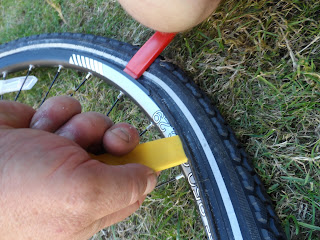 Replacement was just as tough! 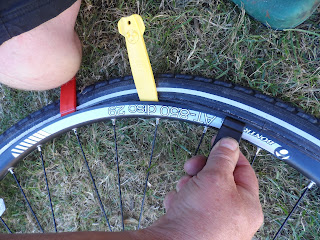 Small insert of the tyre was the main key with these levers. 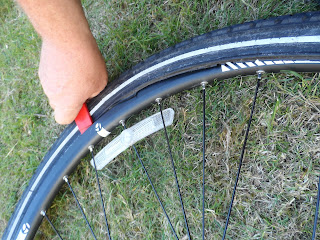 Managed to get them back on with no problems.

1 : Ease of use. Very easy and comfortable to hold and grip, strong enough to remove the hardest tyre using them in small inserts. Points awarded 4.

3 : Gentle on the rims with no scratch. The B'Twin felt that at no time would they be able to damage a decent wheel. Points awarded 5.

Foot Note This is not a Paid Advertisement for B'Twin or Decathlon
- October 16, 2015