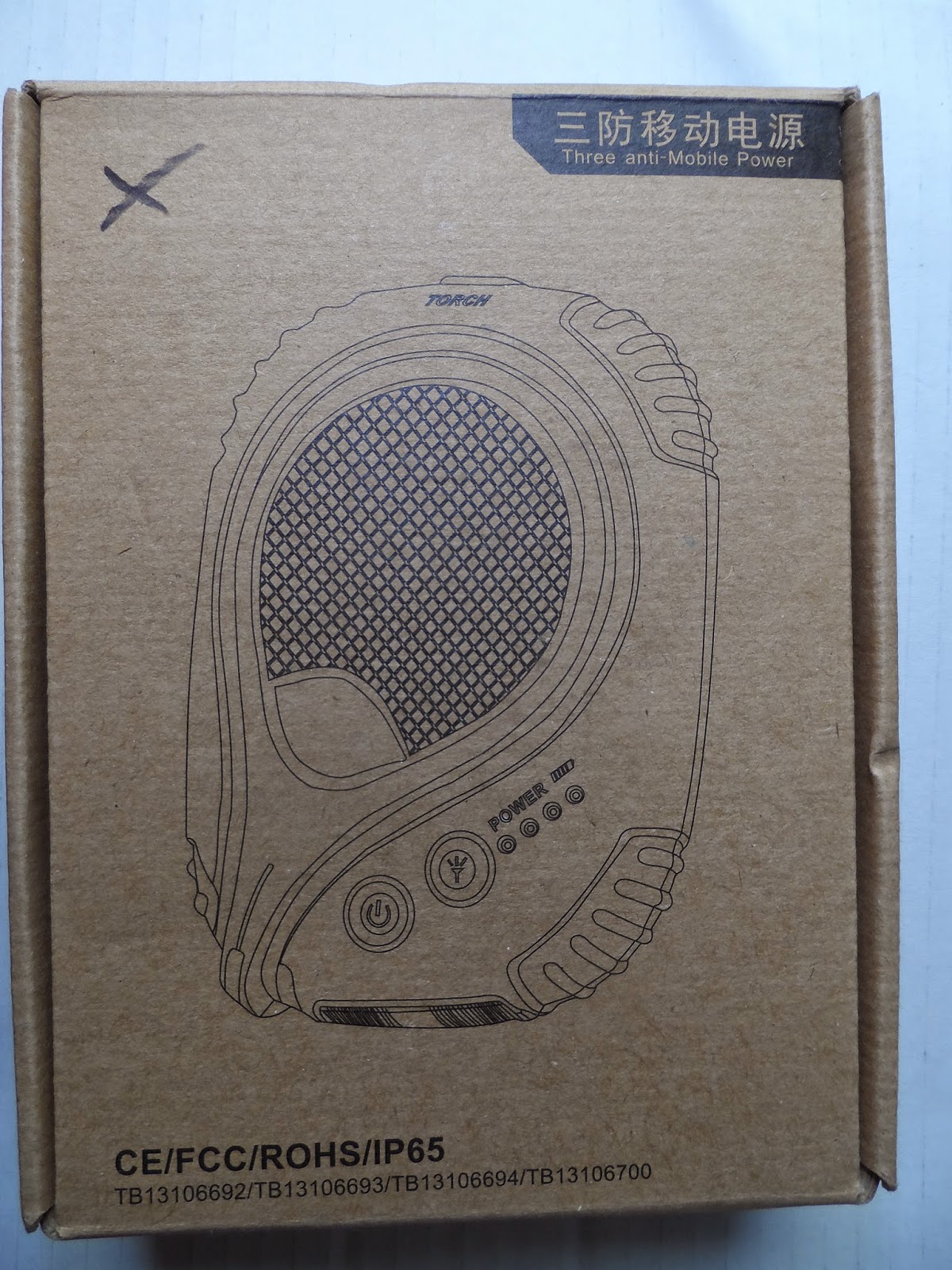 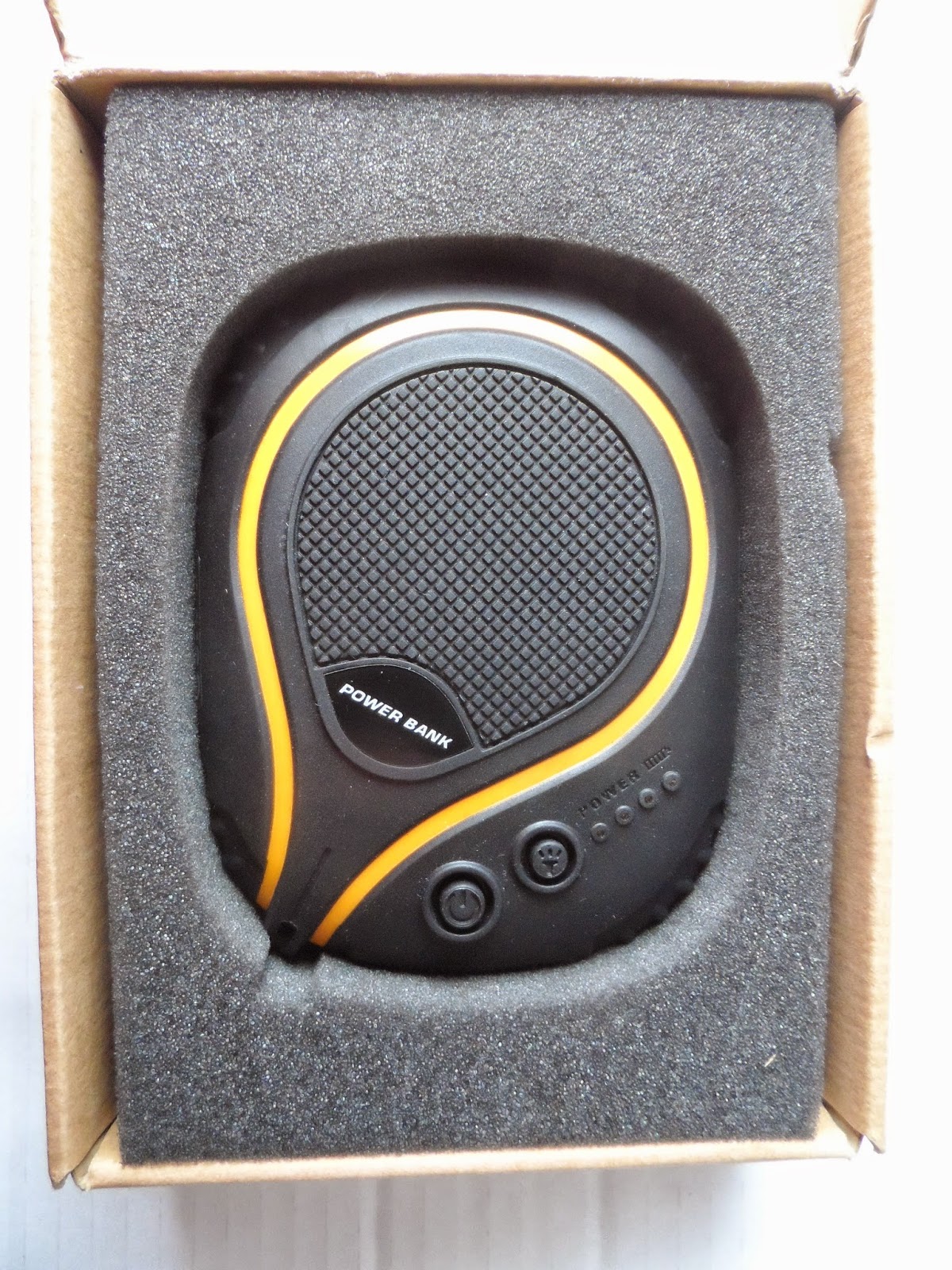 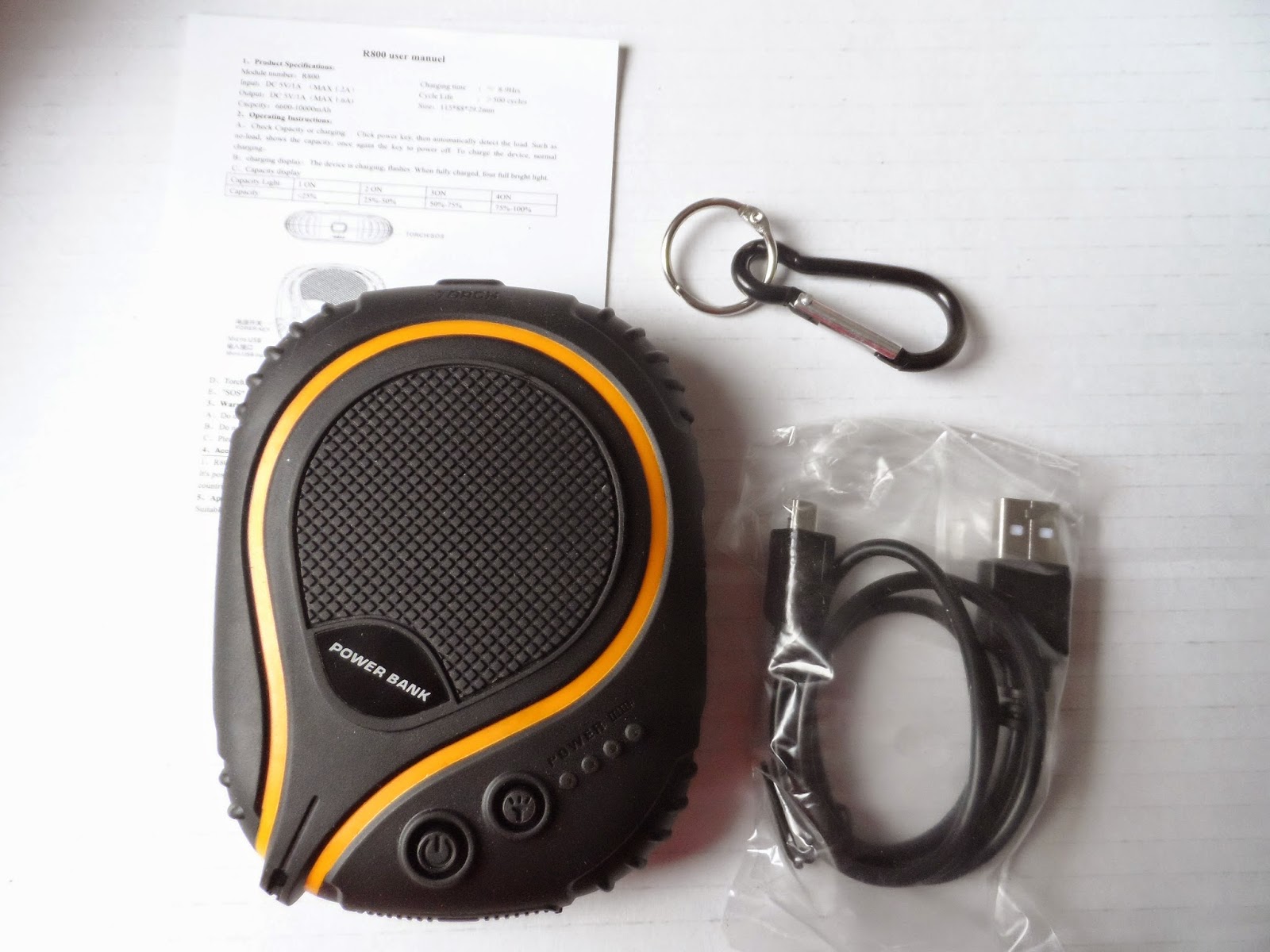 
The MSC Aqua Trek 900mah is a monster of a power bank! not only that but it is also waterproof, making it ideal for outdoor use and sports, such as fishing camping and any other outdoor activity you could think of!

The Aqua Trek also has a great safety feature by way of a SOS Led light, once turned on it will flash a distress signal out in Morse Code. [ SOS is the international Morse code distress signal (· · · – – – · · ·). This distress signal was first adopted by the German government in radio regulations effective April 1, 1905, and became the worldwide standard under the second International Radiotelegraphic Convention, which was signed on November 3, 1906 and became effective on July 1, 1908. SOS remained the maritime radio distress signal until 1999, when it was replaced by the Global Maritime Distress and Safety System. SOS is still recognized as a visual distress signal.
The SOS distress signal is a continuous sequence of three dits, three dahs, and three dits, all run together without letter spacing. In International Morse Code, three dits form the letter S, and three dahs make the letter O, so "SOS" became an easy way to remember the order of the dits and dahs.]
The Led light has two settings, low and high, to operate just press the smaller switch once for on, and a second time to make the Led light brighter. 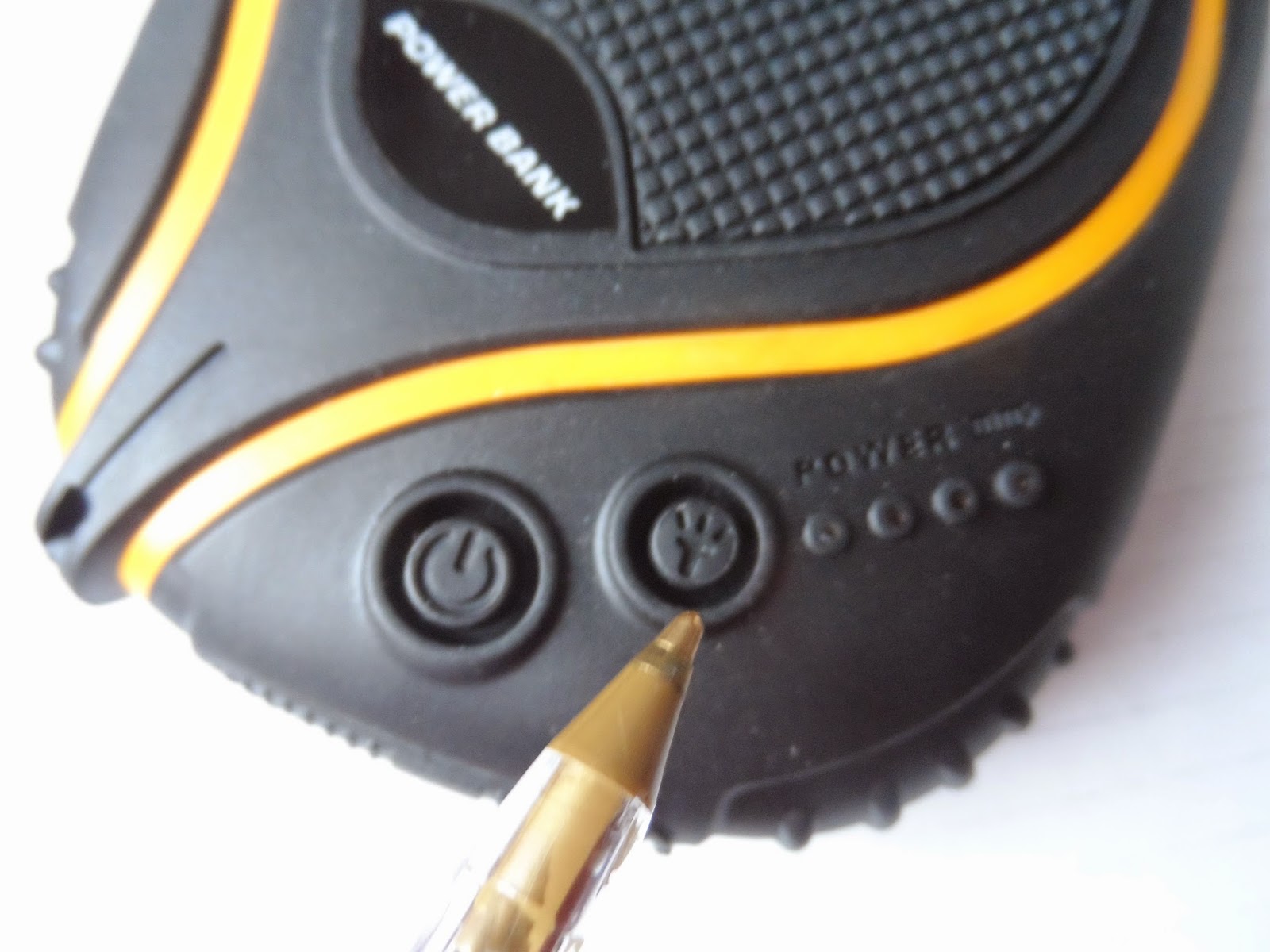 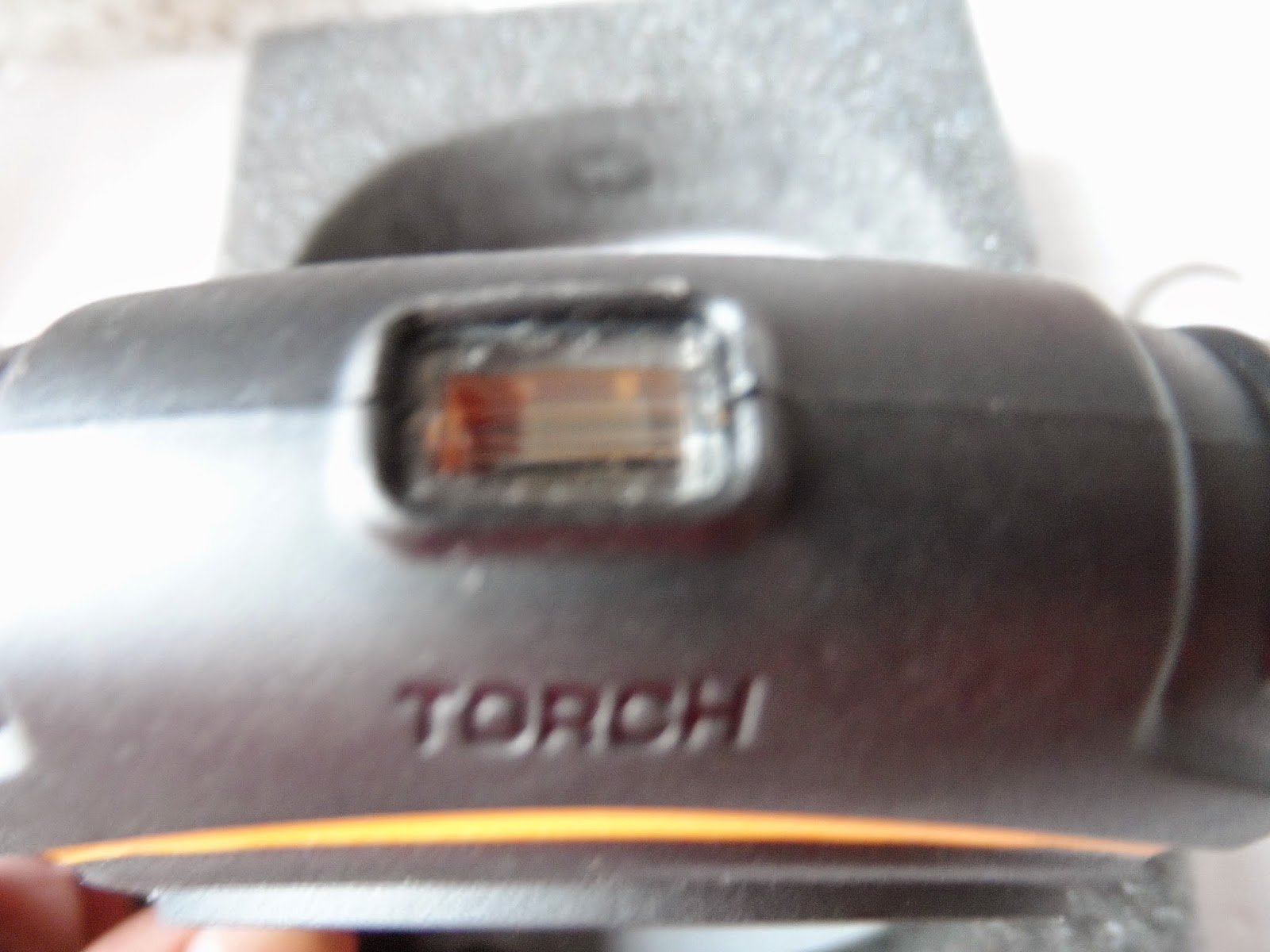 What can you charge up with the MSC "Aqua Trek"

It might be some what easier to tell you what it can not charge up, it is that versatile.
If it has a USB plug for charging then this will charge it, mobile phones, i Phones, Blackberry's, Nokia's,  i Pads, Digital Cameras, PSP, ND, PDA, Mp3/Mp 4 player, GPS, E-Lites, Electric cigarettes, Blue-tooth,  Garmin to name but a few and all USB charged devices, Mini speakers, Kindel type readers, Sat Nav, Mini torches, Cycle lights this list goes on and on.

As a test I charged up a totally flat I-Pod, this I-Pod has not been used in months and had a totally flat battery, first thing I did was to connect the USB Lead, to do this you will find a flap on the side just by the main on/off button. 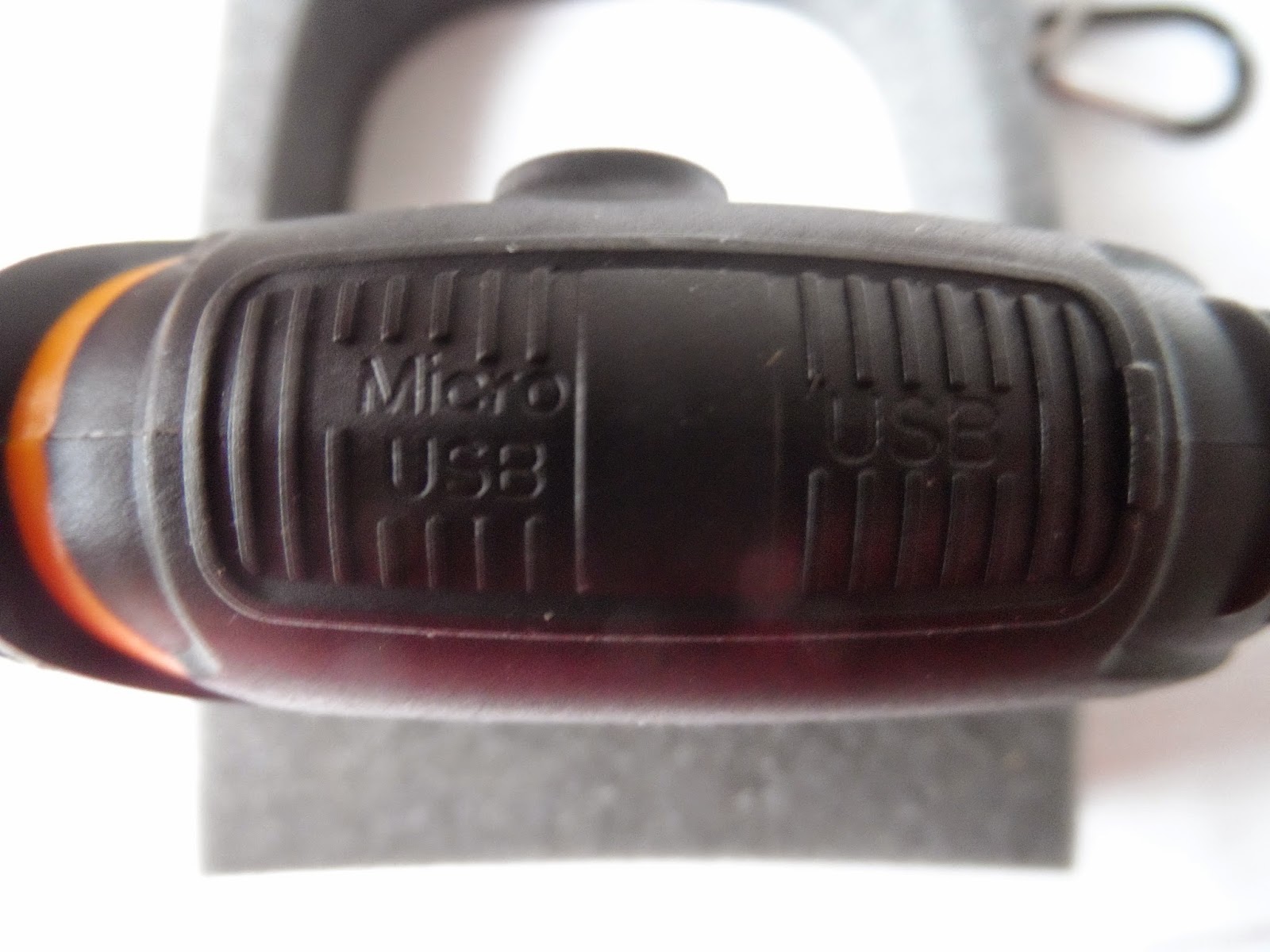 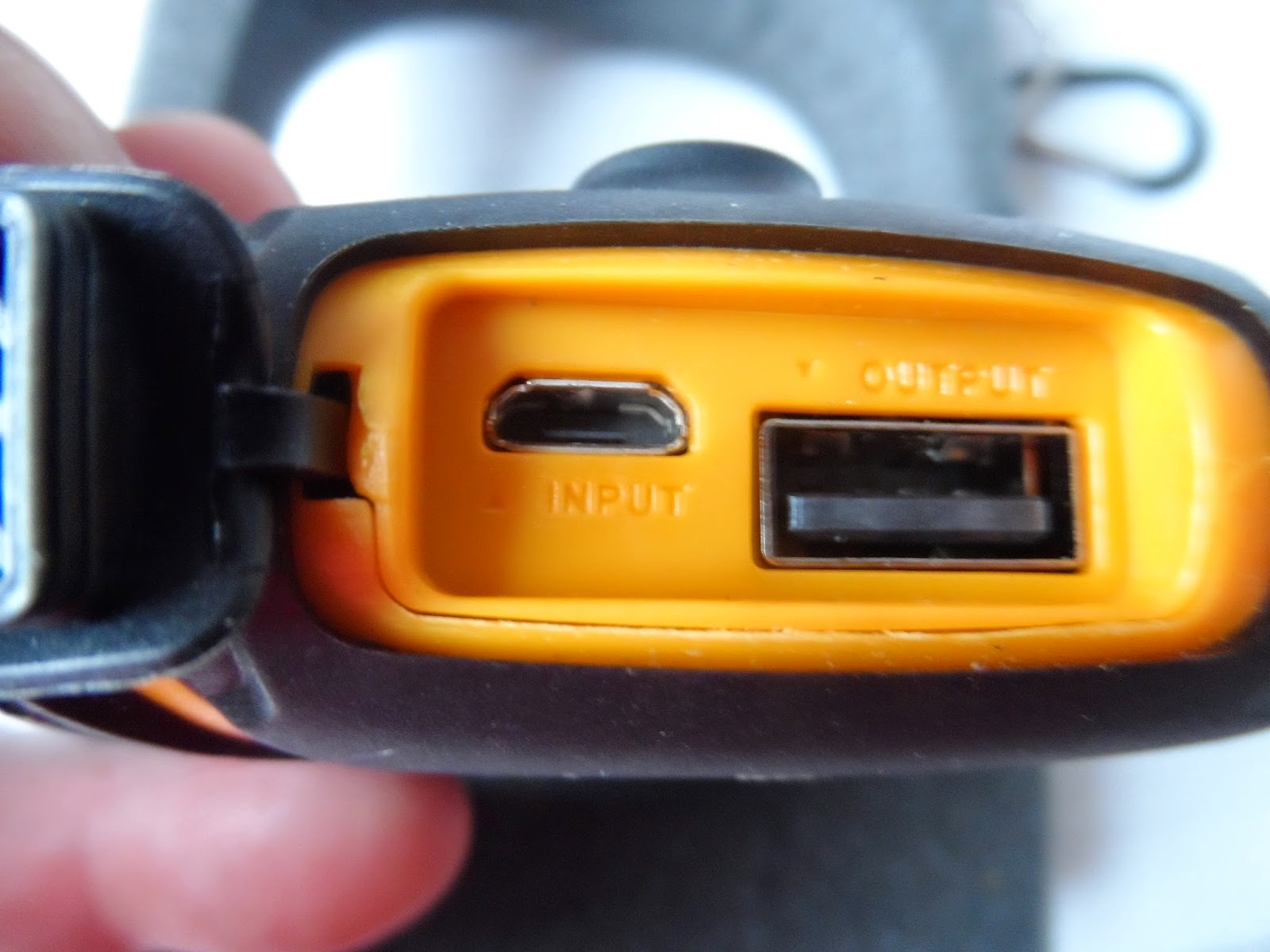 Open up the rubber flap to reveal the two charging ports. One input micro USB and an output USB. Once you have finished using the leads close the flap to make it waterproof.


Connecting the leads to the MSC Aqua Trek 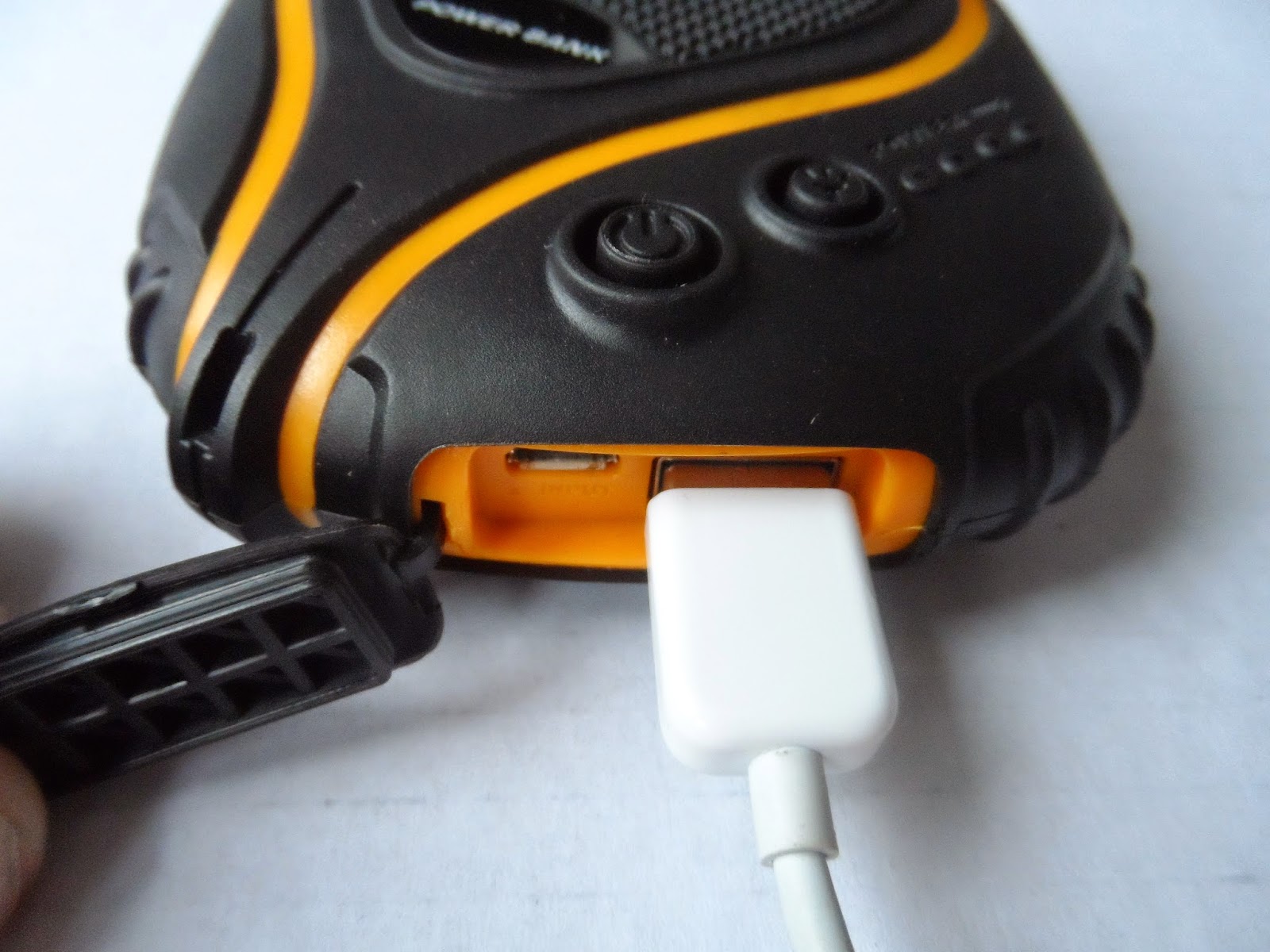 Insert the USB cable of the device you need to charge. 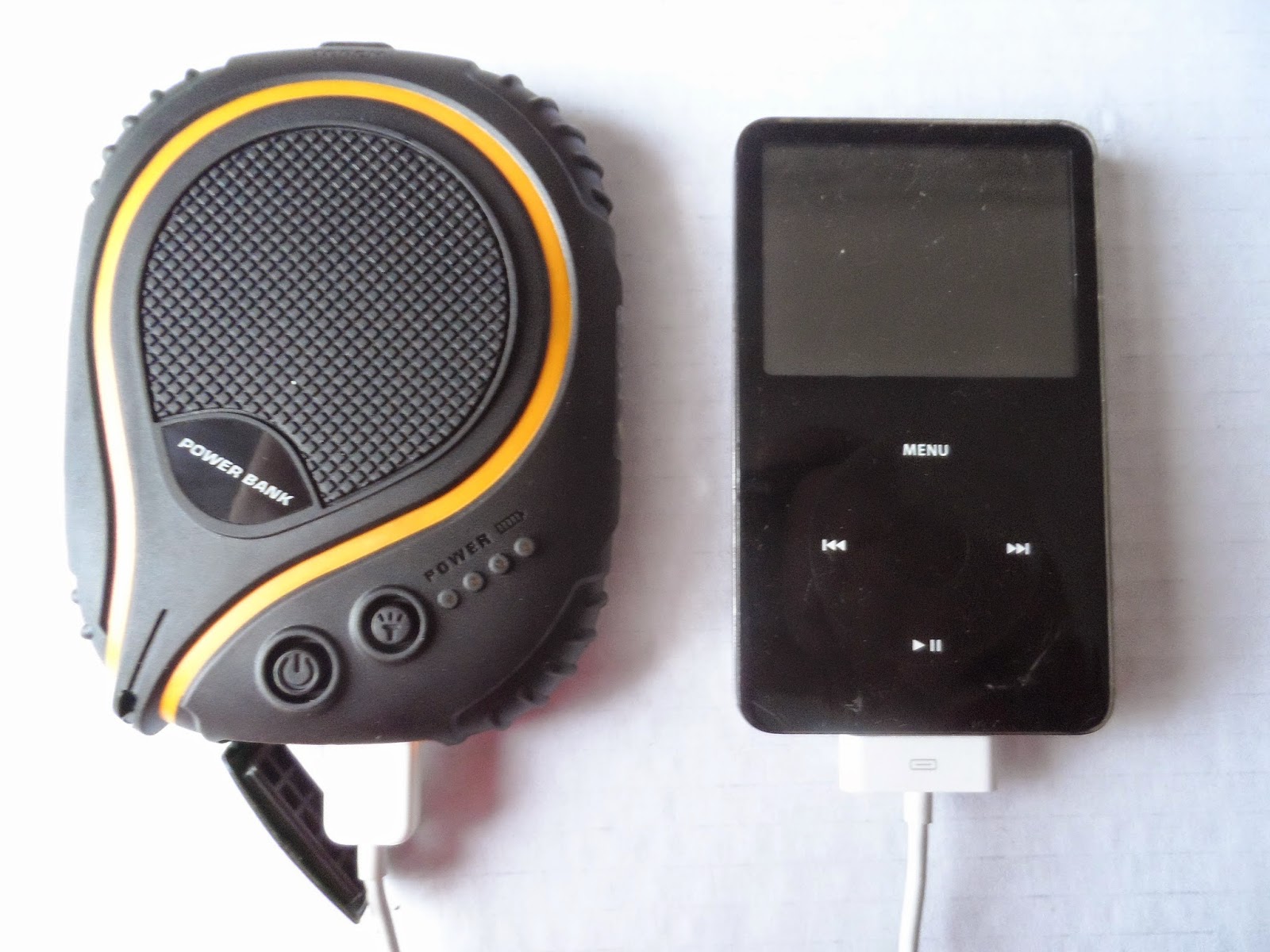 My I-pod had not had a charge for months and was totally flat. The USB lead was then plugged into the charge point on the Aqua Trek, and then I connected the lead to the I-Pod, pressed the main On button, (The bigger of the two buttons) And "Hey Presto" the I Pod turned on first time. 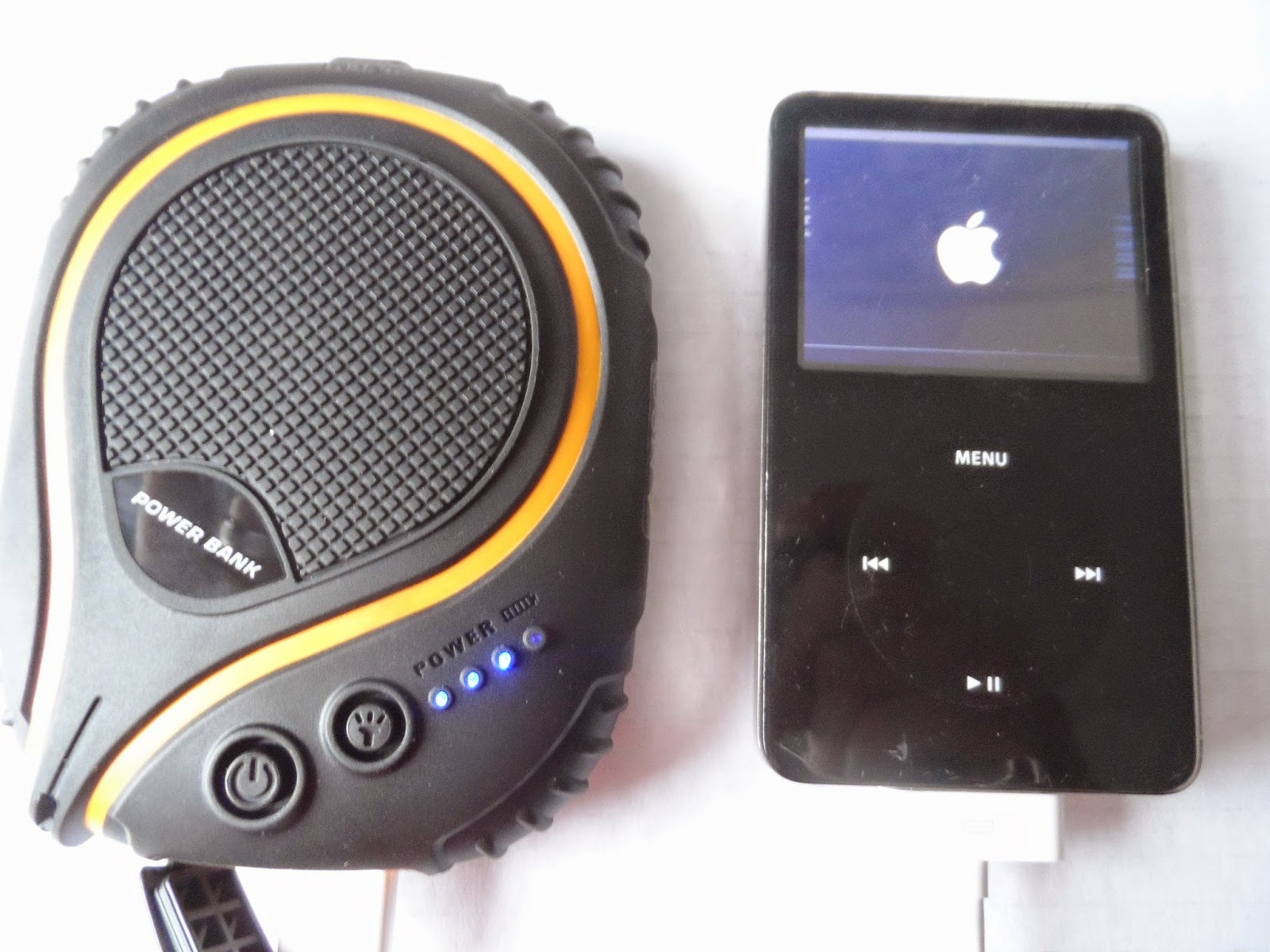 Charge time was 3 hours and 20 minutes from a totally flat battery to fully charged! 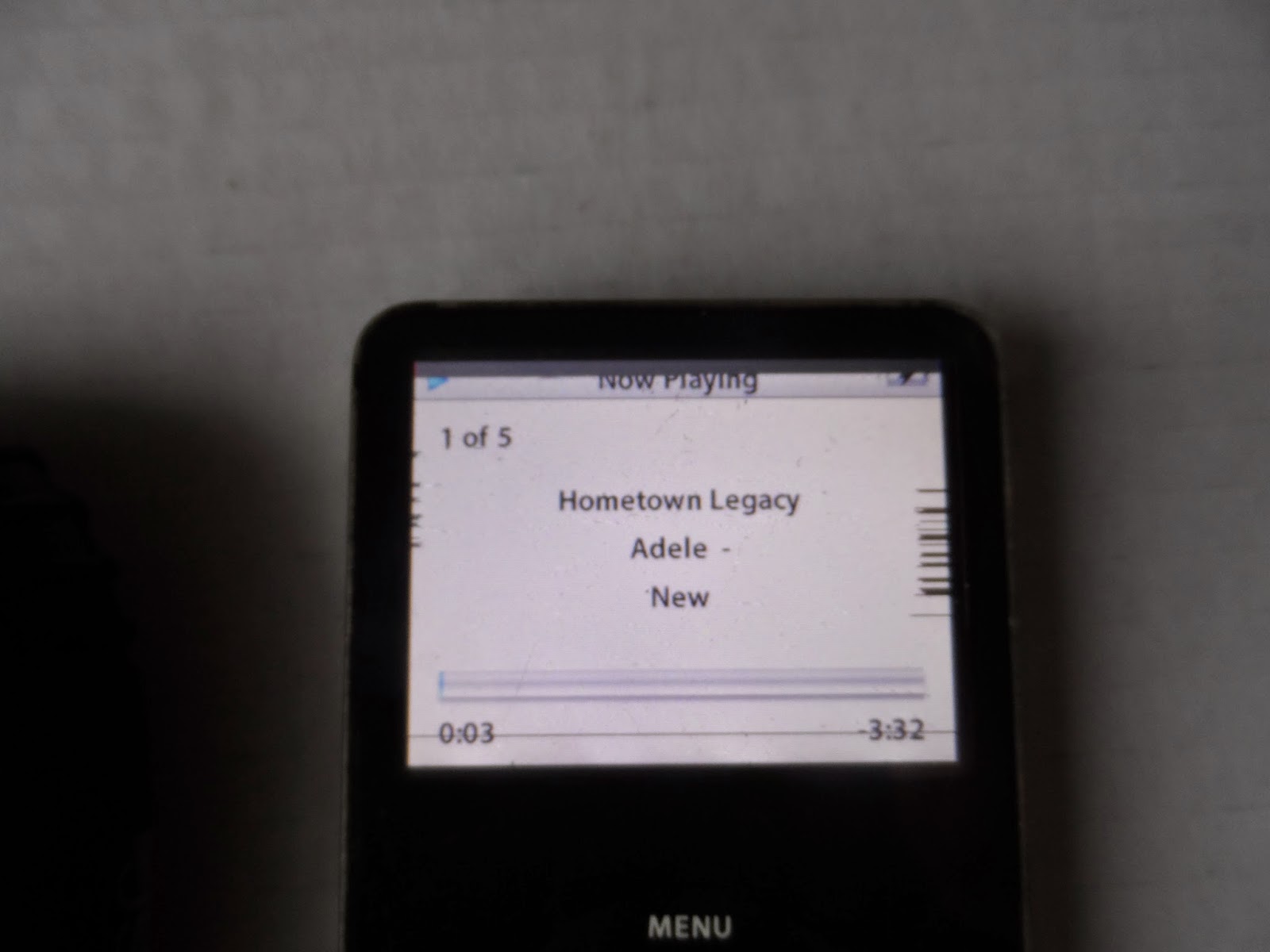 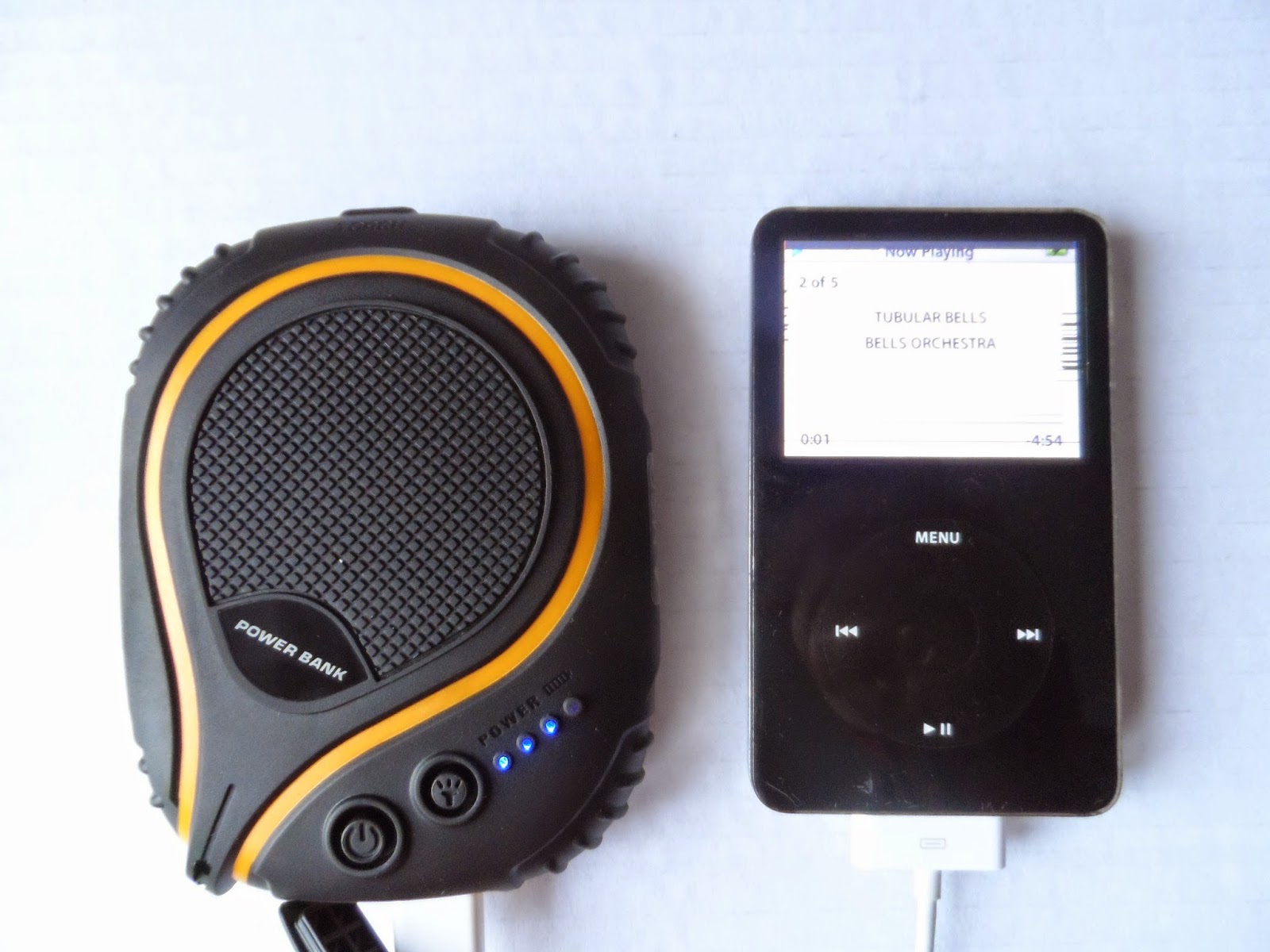 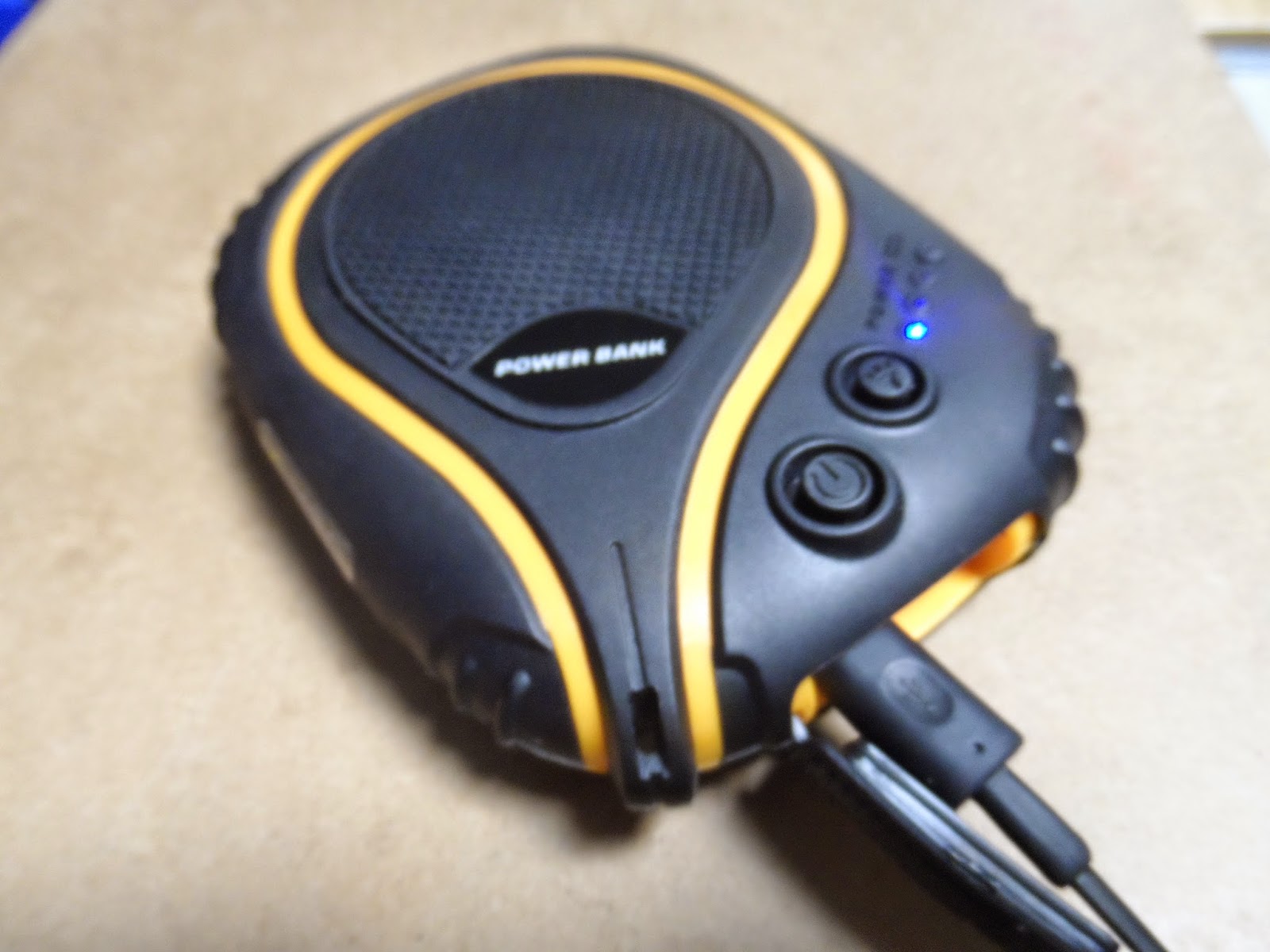 Aqua Trek on charge, shows the state of charge by the row of Blue Led lights. 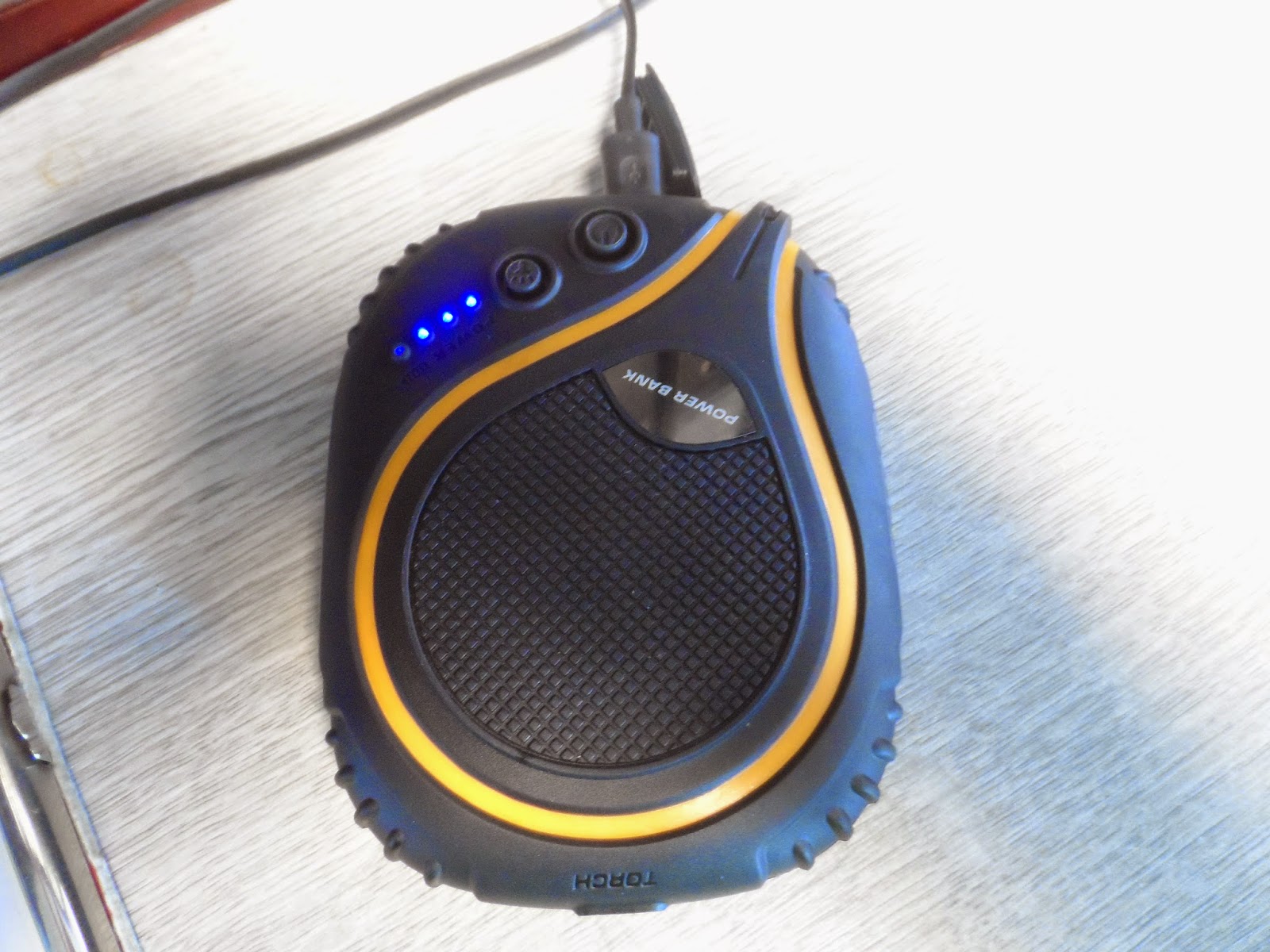 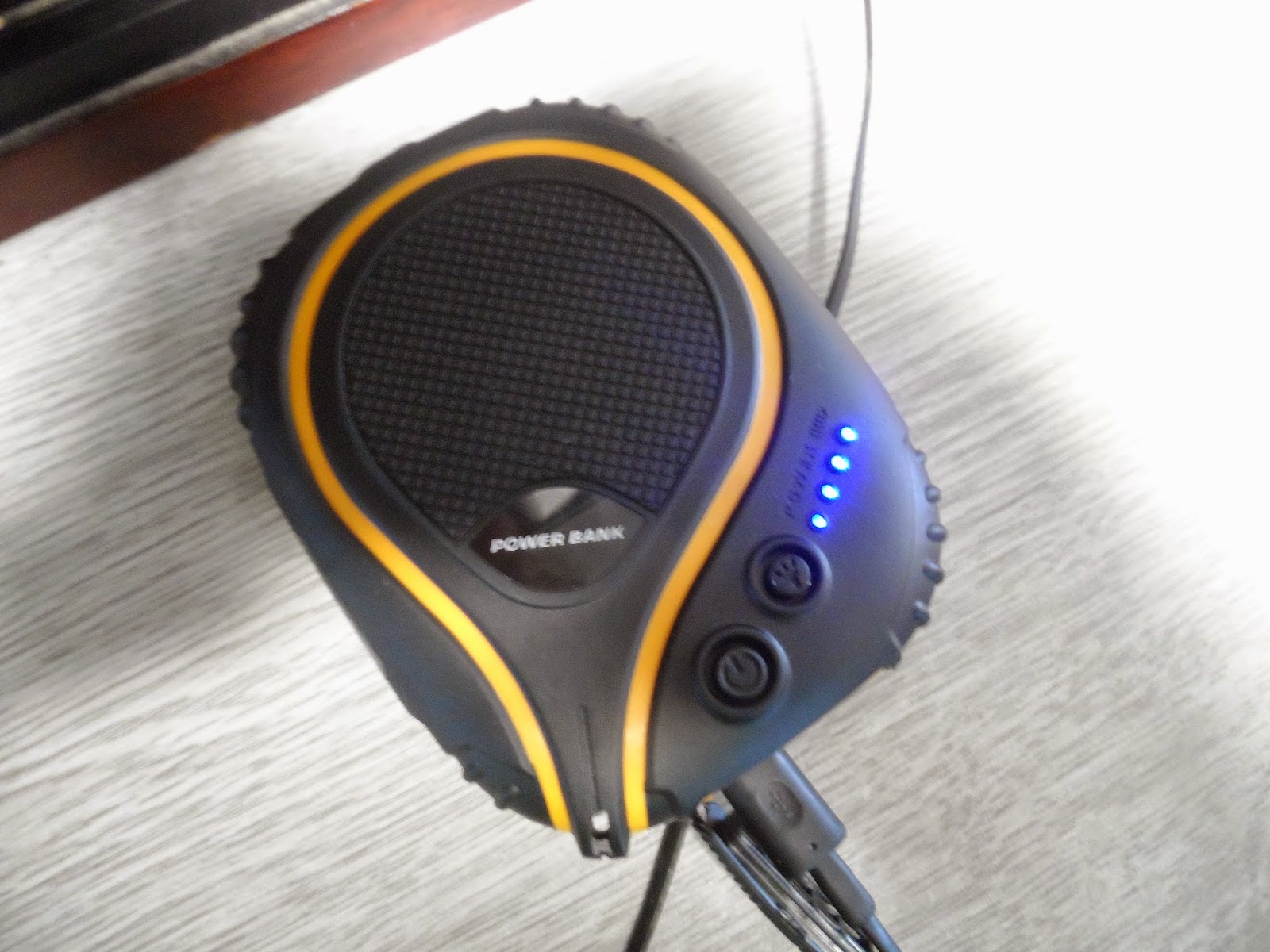 At full charge, all ready to go. 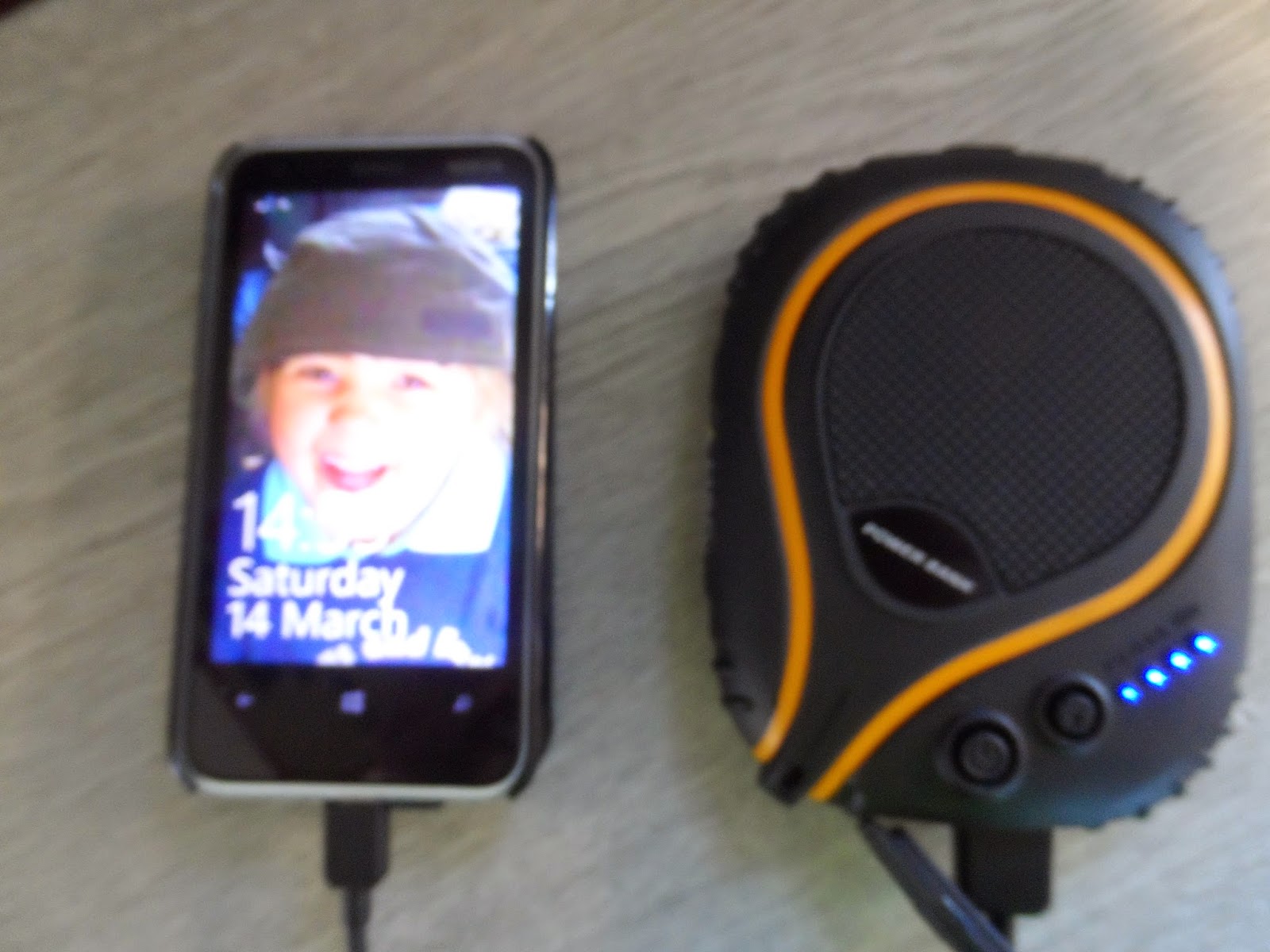 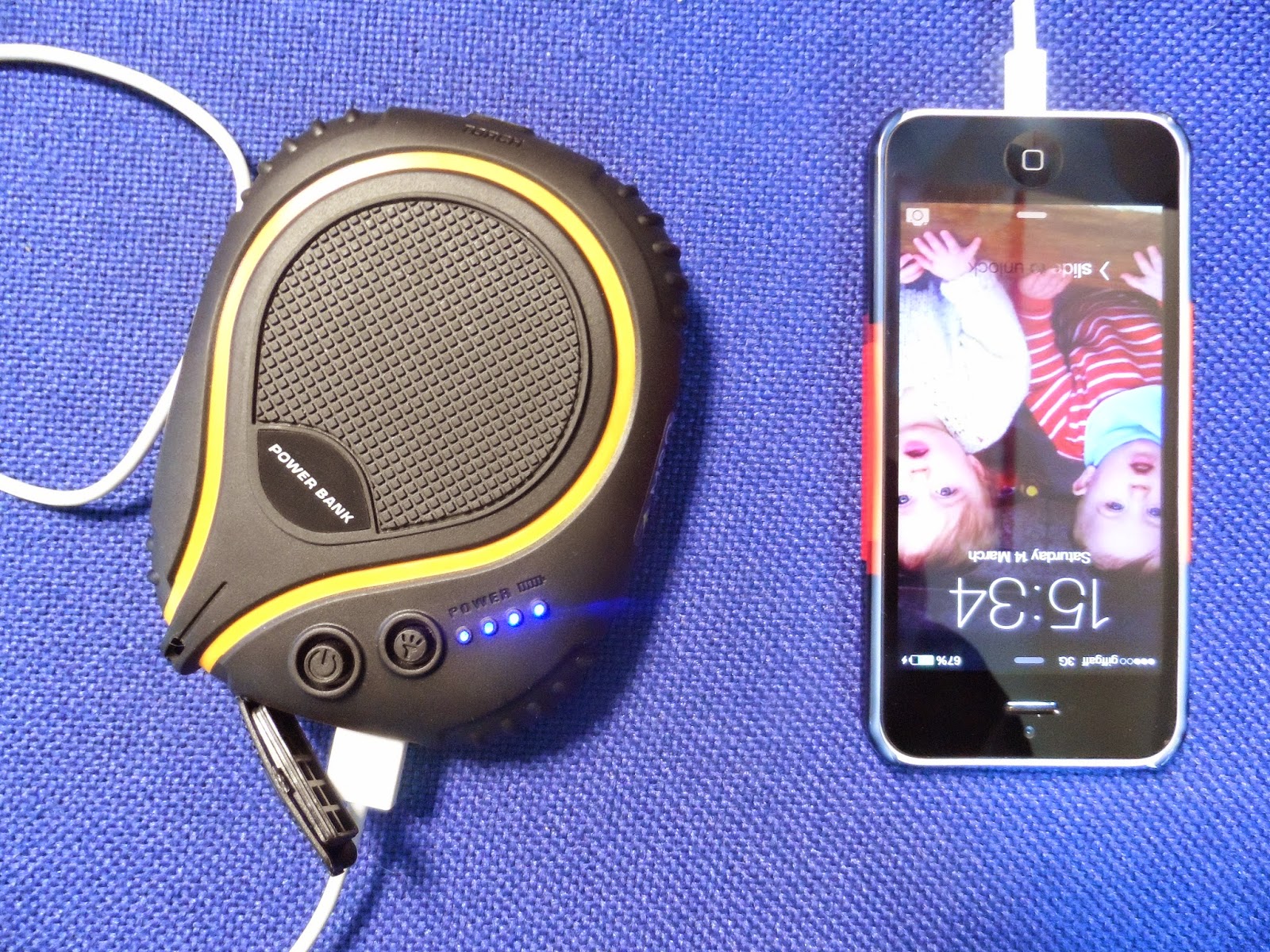 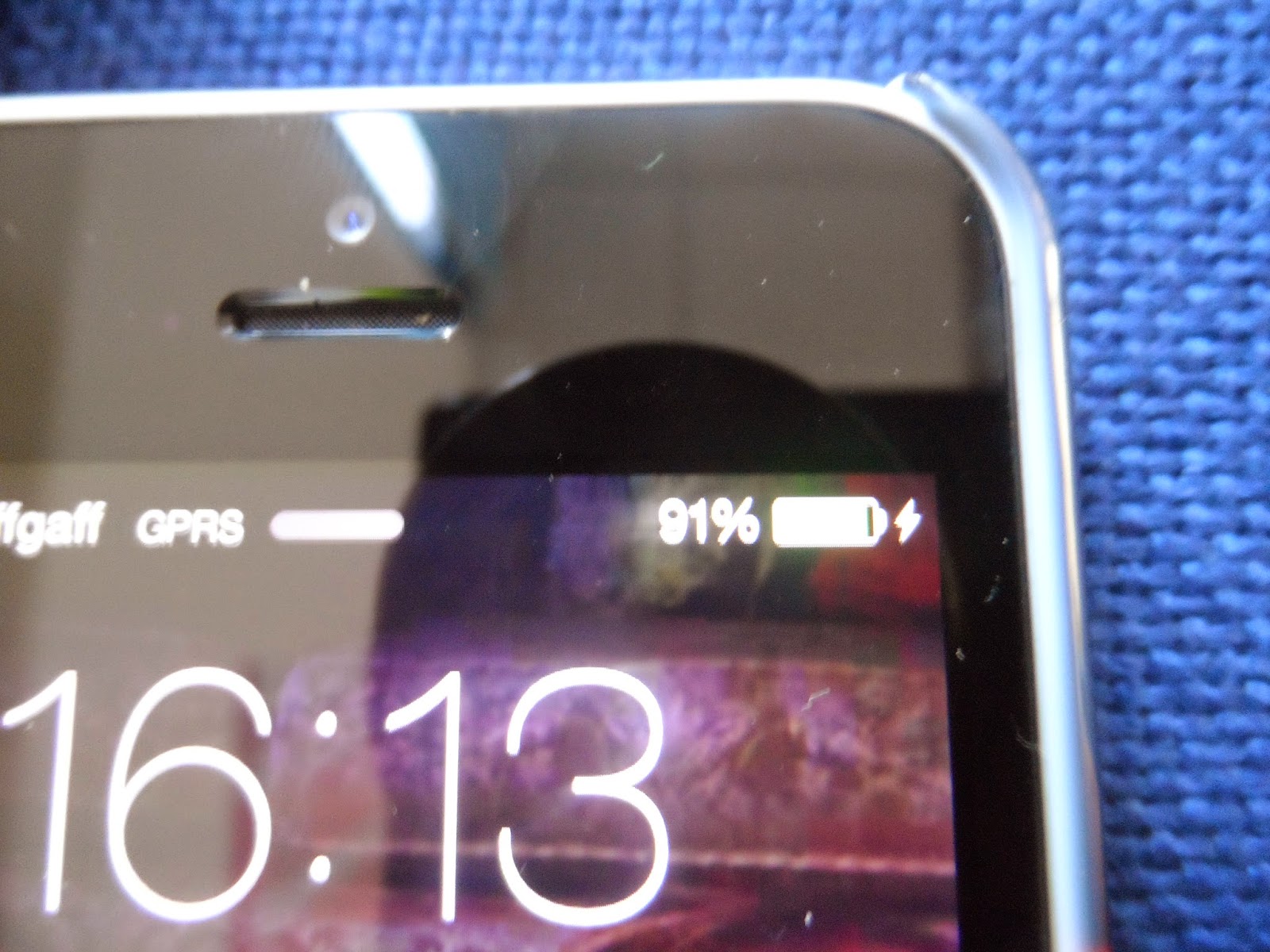 Will hold it's charge for months
Enough power to even use as a USB Light
Can power up any USB device, it is better value than having to buy extra batteries for all your other devices.
Ideal for Camping, Rock festivals, Hiking etc and great if you are unable to access a power supply point.

The waterproof buttons are quite hard to press.
A bit large for the small seat bag

Find the guys at Mobile Solar Chargers at

The guys at MSP know all about charging up things so check out there website, any questions don't hesitate to give them a yell on any of their pages.


Thank you for taking the time to read my reviews, I hope it makes it a lot easier for you to choose cycling products that suit your needs. 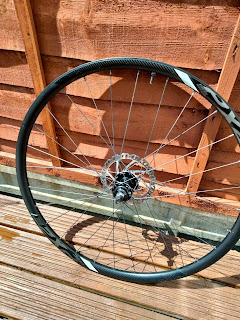