A light with a Lazar!

A very interesting Lazar light by Blaze
This light shines a beam of Green light in the shape of a bicycle in front of you on the road, all very clever stuff!

The launch of the Blaze Lazar light was at the Lee Valley Vello Park at the London Olympic Park,
it was by invitation only from the people at Blaze. I had to send a RSVP back to say we were attending, as always partial to a new piece of gadgetry! 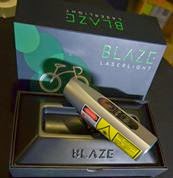 The Blaze Lazar light comes with a mounting clamp, that has a interchangeable inner sleeve, and the bracket fits from 22mm to 32mm handle bars.
You can  also purchase  extra brackets for your second or even third bikes, we think this will be a lot easier to be able to use on your secondary bikes as it it is secured by a Allen screw, the bracket is made out of marine grade steel, and it looks and feels top class for a mounting bracket, strong and sturdy, and good for all kinds of weather, it has a smart magnetic bracket which keeps the laser switched safely off, when off the bracket, so it cannot be used like a Lazar pen, which can be very dangerous, simply attach the light to the bracket and it will work, take it off the bracket and it will stay off, a very good safety feature we thought,


The high performance lithium-ion battery is rechargeable via any USB power source. Cable included. it is recommended to stick to the USB charge cable as the power supply is guaranteed to be right, if you have a I-Pad, we are not too sure on how to charge the Lazar light, but a quick tweet to @Blazefeed and we had our answer, use the I phone charger, so all is well there.
Time the battery lasts will depend on what mode you use it on. With both the laser and LED light in flashing mode on full brightness, the light should last at least 18h from fully charged. It lasts 32h as a low-intensity flashlight. (Taken from Blaze Site)

There you go, a light with a Lazar fitted that shines a projection of a Green bike on the road in front of you, very cleaver bit of kit, the brightness of the main light seems bright enough, and the flash mode works well, but I can't comment on the amount of time the battery will last, as we could not test this in the time we had the light in our hands to play with. The spec says it will last for 18 hours with both the lazar and led lights in flashing mode on full brightness, they say it should last last 32 hours as a low-intensity flash light.

I would have liked to have tested it out on the street, to get the real feel of it, but I still think it is a Very impressive piece of equipment, just commenting that we did not have full use of the light in a preferred situation, ie: on the unlit roads and streets.
On paper it has all the making of a great light, a safety light that may make other road users and pedestrians notice there is a cyclist about.

Charge lead is held by a magnetic connection, I could see problems if you sit with a Lap top on your lap it may come lose and not charge up, but you can use a I phone charger, but this is not supplied! 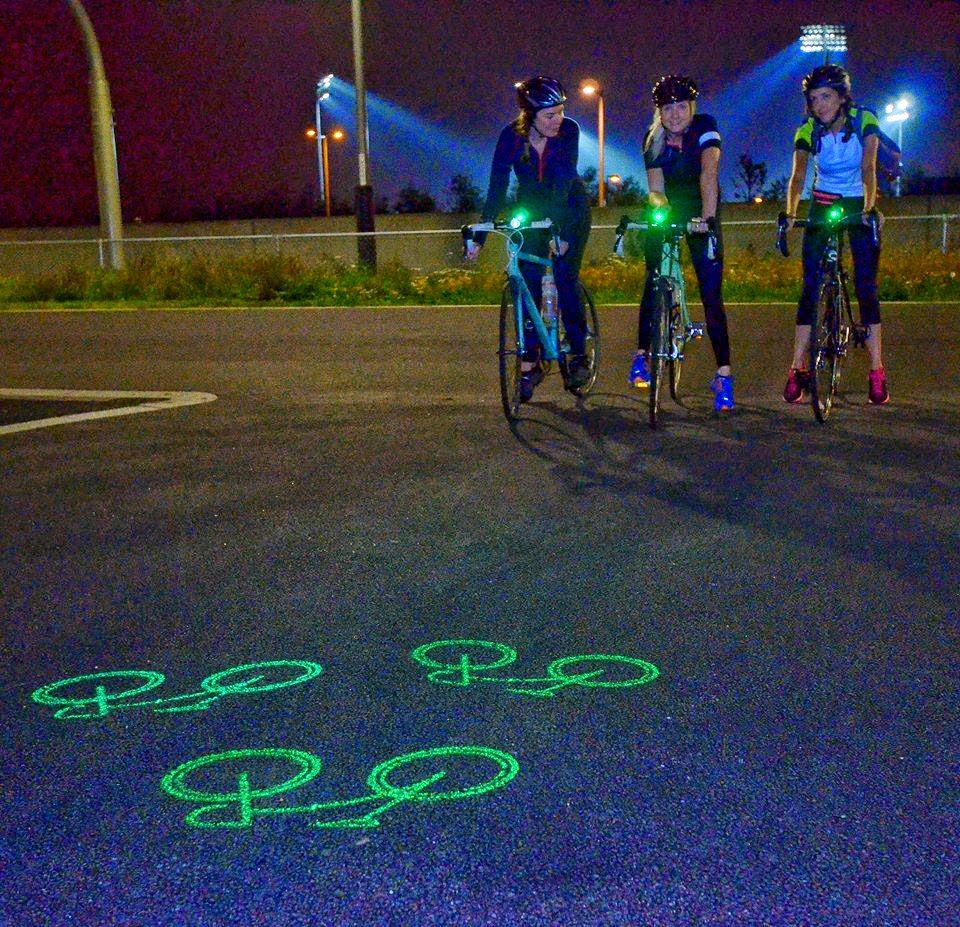 
Thanks for the evening Blaze, and we wish you luck!

It has come to our  attention that the Blaze Lazar mounting  bracket is giving people problems, from marking handle bars bars, (RoadCC Review of  18.12/2014 ) to the light falling off off the bracket!

Now as I have previously stated in this review, we only had the light for a very short time, we had no problems with the mounting bracket, but then we were on a race track!

This is Not  a Paid Advertisement...for Blaze