Joint winner of the 2015 Tyre Levers Challenge goes to


Cyclo EZTech from Weldtite Priced at around £2.99
http://weldtite.co.uk/products/detail/ezytech-tyre-levers-set-of-3-carded
(Carded Means sold on a Card) 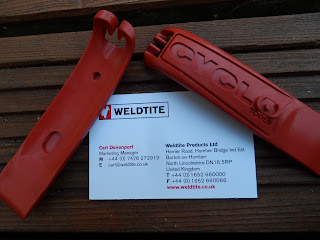 The Cyclo are Weldtite's own cycling tool brand, the one's here are made from an Extra strong lightweight polymer. 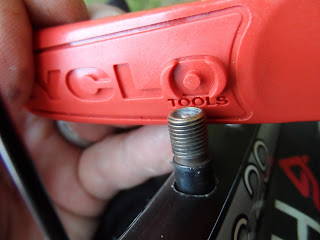 The first thing that caught my eye was the clever design of the built in deflater for the Schrader valve, I thought this was a great design feature and it worked very well. 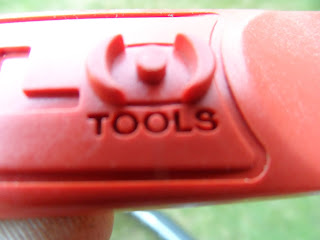 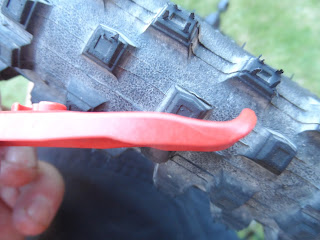 The Cyclo EXTech has a wide tip, making it a perfect fit for the road bike, and on the MTB tyre no problem on removing and refitting. 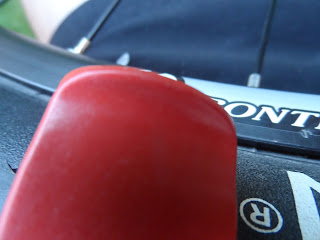 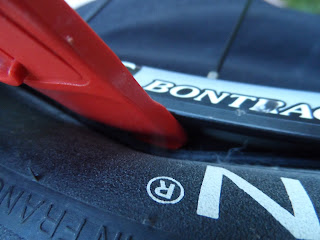 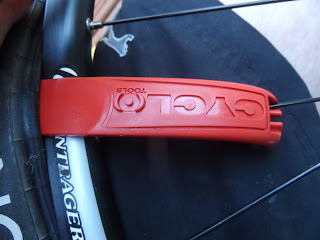 Another great feature was the twin spoke hook making it easy hold the bead. 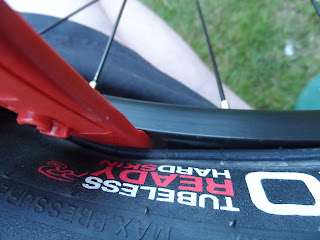 Good all round performance from the Cyclo EZTech lever.

1 : Ease of use. I found the wide tip a bit hard to get into the rim, but once it was there is stayed in the bead of the wheel, they seemed a very tough set of levers with no problem on any of the tyres on.
The hooks for the spokes worked very well and held there place with no problems.The clever Schrader deflater is a nice touch as well, very handy.
Found the lever could have been just slightly bigger so as to get a better grip on the hard tyre removal. Points awarded 5

2 : Quality of manufacture. The Cyclo levers are superb, with the hooks for the spokes and the deflater.  Points awarded 5

3 : Gentle on the rims with no scratch. At no time did the levers feel like they would mark or scratch the rims of any of the wheels tested. Points awarded 5