Here at Harlow Cycling Page Group, we are always on the look out for interesting Cycling news, reviews, tip's and advice.

Last month my subject for review was BIKE FITTING, which I felt went down well with the group.

As the weather has returned to being damp and rainy, and the ground has become wet and muddy my attention has turned to Mud Guards! and the name of "Mudhugger" jumped out at me.
So a quick tweet to Mudhugger, to say I was going to write an article about Mud guards on the Group page, and hey presto, a few days later a set of Front and Rear Mudhugger Mudguards appear at the front door!

Enclosed in the Box! On reading the instructions, there was a recommendation to go to Youtube, this was to view how the fitting was done in real time. To be honest I found this a bit confusing! as there were so many videos on there, but none seemed to be relevant to my fitting, so after a quick re read of the institution's, I set off to fit the Mudhuggers.
The first thing it tells you, is to make sure the frame is clean and dry, so as my Trek 29er was dirty, I had to get out the DuckSmart, and a good clean was completed in no time with no hassle.

As I was in the garage out came the Blackberry and I turned to Youtube, to look at how to fix the front Mudhugger, watching intently so as not to miss anything, I watched as this chap started cutting a section out of the mud guard to clear the front cross brace on his bike, he then proceeded to heat up that part of the mudguard with a hot air gun, [this totally threw me], as all I did was just offer up the mudguard to see where it was going to be placed, and "Hey Presto" it fitted perfectly! 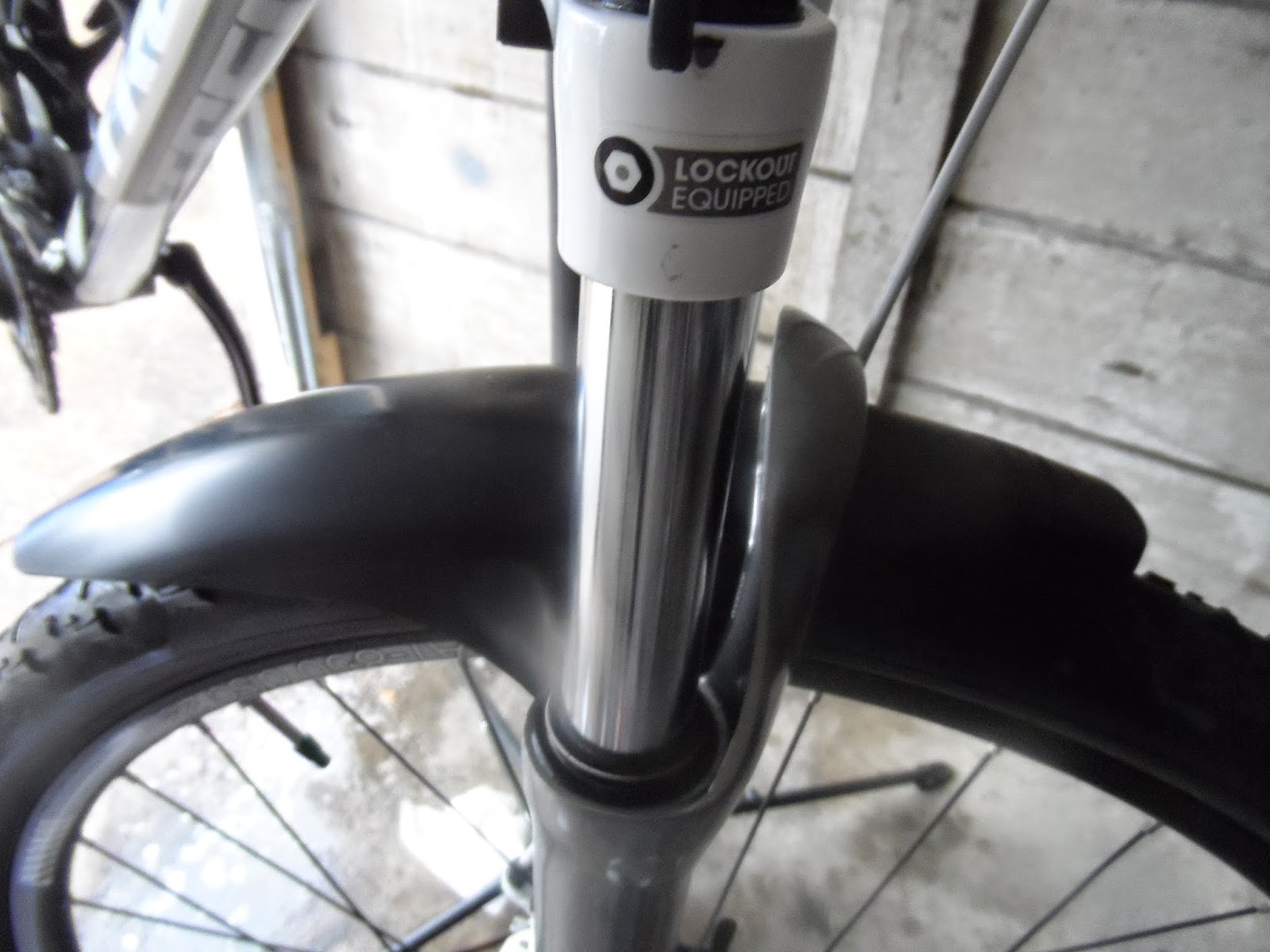 Feeling more confident and brimming with a great sense of achivement, I set about loosely fitting two tie straps to the bridge of the front forks, this was to hold the mud guard in place while I then got the side mounts in position. This then allowed me to find out where the correct positioning of the Velcro tape, which went through 2 holes in the guard and around the fork, I cut the Velcro to length, and repeated for the other side. Next I loosen the Velcro and placed the Clear Film onto the front forks to protect the paint work, I then tightened the two tie straps and the Velcro and.......Front Guard was Fitted. 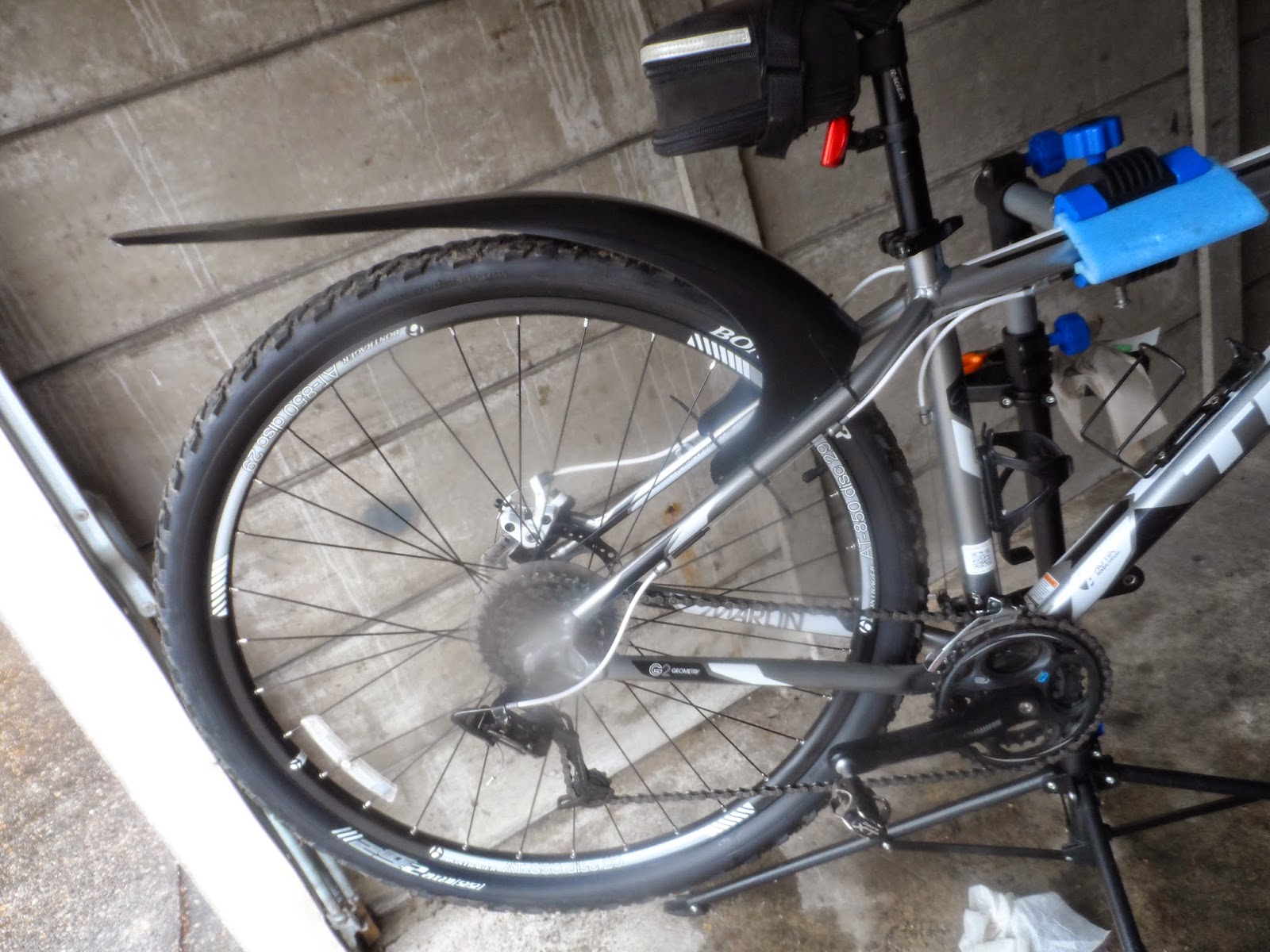 Rear Mudhugger was offered up to the frame, just to get a sense of how it needed to be positioned, the Mudhugger fitted a treat, [no cutting, heating up or anything else!]
A strip of Clear Film was cut to size and stuck to the top frame where the mudguard would sit, this is to save the frame from being scratched, then the two tie straps were put into place either side through the fitting holes, [there are several holes for locating positions] I then fixed it into place, with just a quick check to make sure it was straight, and then the tie straps pulled tight, the job was done!

Ease of fit....... it only took about twenty minutes, and after watching the video clips I thought this might take a lot longer and been a bit trickier.

Test Ride.......it had been raining persistently all day and cycle paths were quite muddy with numerous large puddles, on return I was dry and mud free from the top wheels upwards.

True Test of the Product!!!!!!! the wife never nagged me about the state of the back of my clothes, ie not a speck of wet mud on them!

Drawbacks......... the tie straps have to be cut each time you remove the Mudhugger, but they are cheap enough to buy, just remember to keep some in your spares bag for those wet and windy days ahead.

Overall Conclusion.......The appearance is very good and the performance is superb, high quality of manufacture, overall I was really impressed as I have never been a mud guard sort of person, but will be keeping these on my bike from now on. 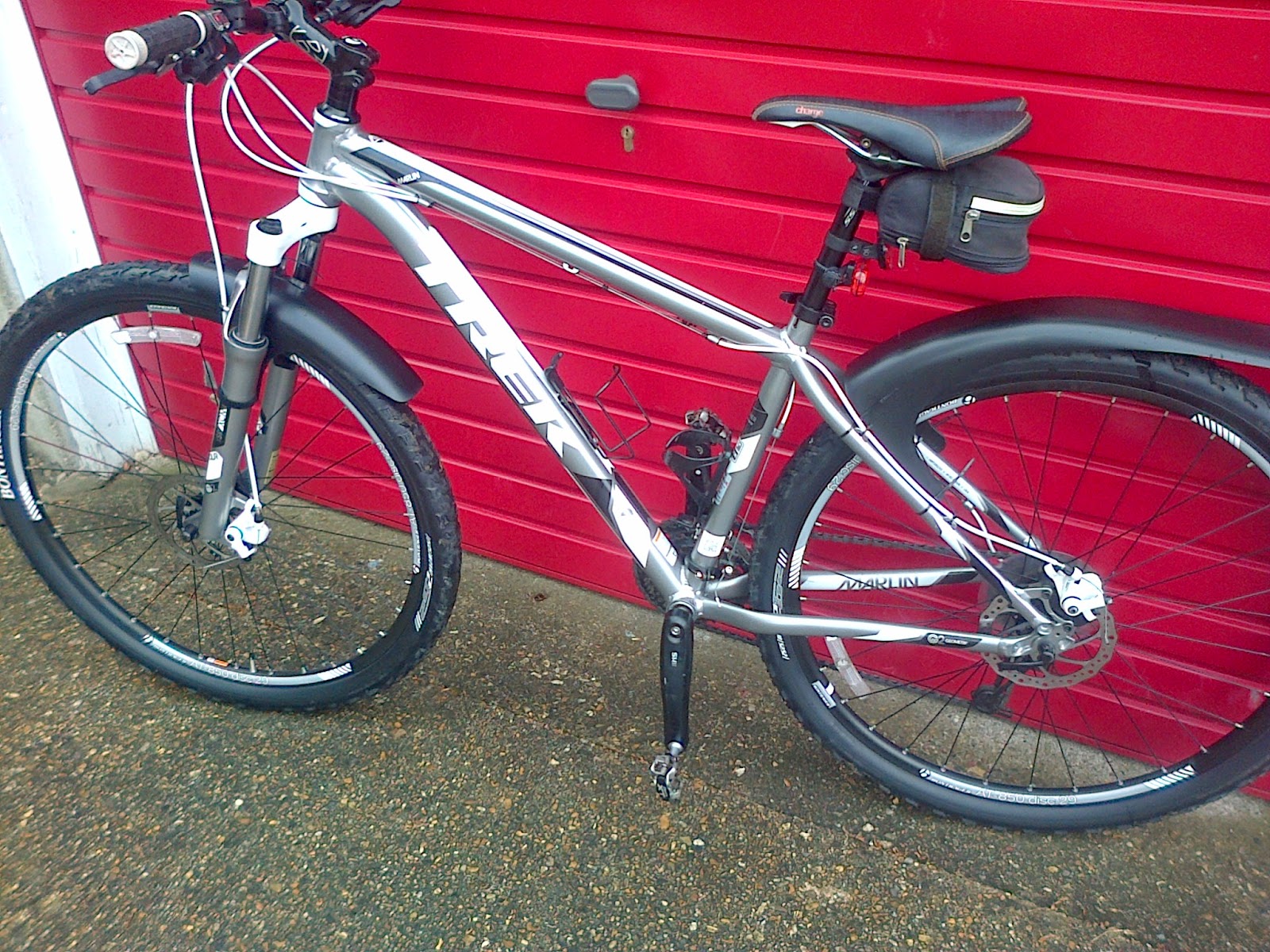